Cairns FM 89.1 is a Deductible Gift Recipient (DGR)  not-for-profit organization. This means your donations are tax deductible. Cairns FM 89.1 welcomes any such donations from individuals or organizations to contribute to this community-based radio station, offering a free and important service to the Cairns Region. For further information, please email info@cairnsfm891.org.au or call (07) 4053 6891.

As Cairns’ first radio station to broadcast on the FM band, and the first local broadcast service at the bottom of the FM band, we initially went to air in February 1985, following five years of working towards a Community Radio license, by a group of enthusiasts who started the “Cairns FM Broadcasting Society”. The main idea of the new station was to broadcast many genres of music – the sort of music that was not heard on other radio stations locally.

When the license was granted, an incorporated body had to be formed to operate the station. As a result, the society was wound up, and was replaced by the incorporated body, Cairns Community Broadcasters Incorporated, a not for profit organisation which has operated the station since 1985, through its mainly volunteer members.

Cairns FM89.1 had its home at Raintrees Shopping Centre for over 30 years before being given the opportunity to relocate to larger premises in the “U” Block on the grounds of the Cairns TAFE.

We have two selectable broadcasting studios plus a small production studio. As funds become available we will be adding a purpose built production suite.

The transmission facility is located on the summit of mount Yarrabah across the Trinity Inlet: we own our own tower and antenna array plus equipment hut and emergency power plant.

Cairns FM89.1 is operated by volunteers, and has carved a niche into the broadcasting life of Cairns and district residents. This 24 hour service, 7 days per week, provides the opportunity for many broadcasters to present multiple genres of music, and for many other styles of programs as well. The station broadcasts a local three-hour breakfast program (Monday to Friday), regular National news bulletins, informative interview programs, community service announcements, and a wide variety of music throughout the week.

The local multicultural groups are also catered for with approximately 30 hours a week of Indigenous and multicultural programming weekly.

Cairns FM89.1 also reaches out into the community, to provide access for different programs prepared and presented by Cairns residents.

If you have an idea for a music program or a speciality program, Cairns FM 89.1, is always looking for something different with a community interest to broadcast.

Being part of your local Community Radio is simple: you are able to join as an association member with or without becoming a Broadcaster. You may choose to be a program sponsor, a station sponsor or even a station supporter.

You may even choose to be involved with the various sub-committees to help make Cairns FM89.1 a better station 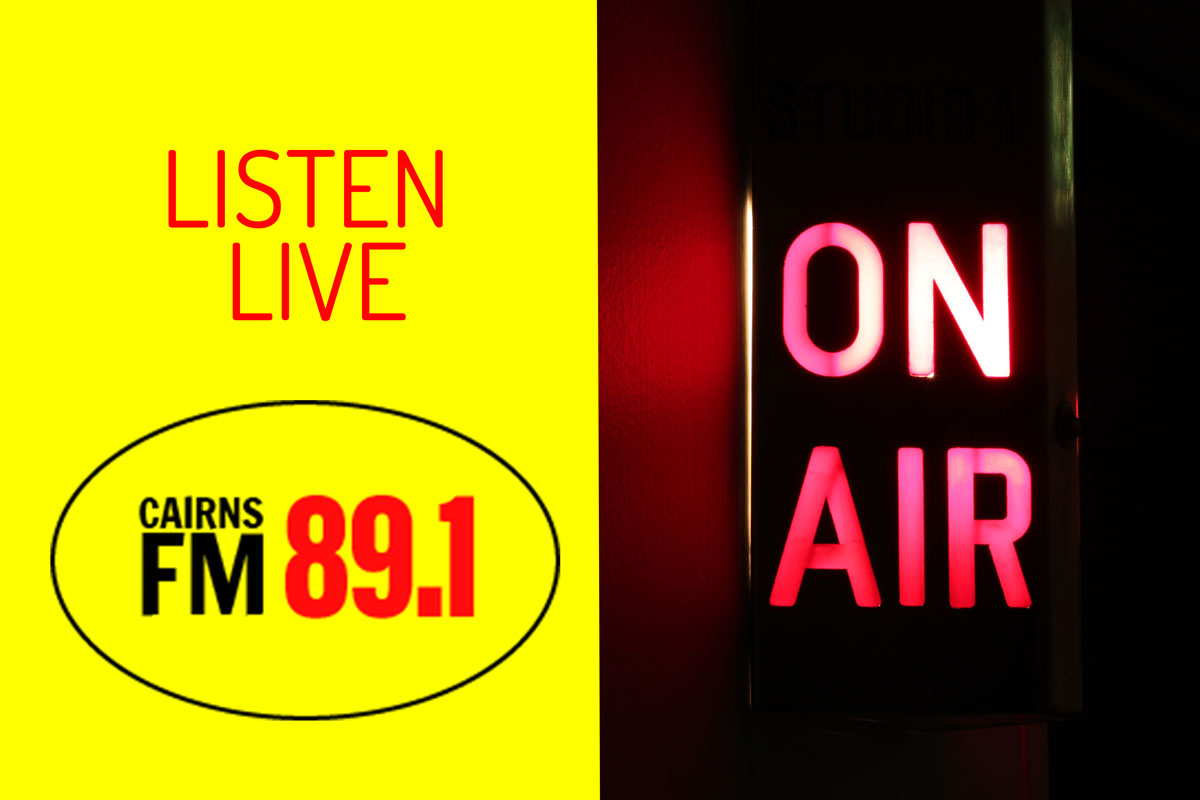